A story about how the Northwestern Showmen's Club was founded 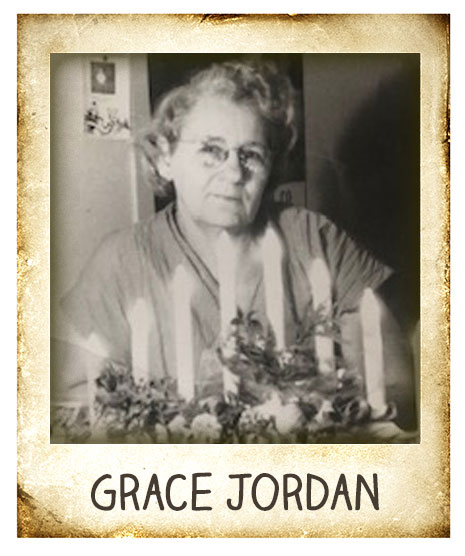 Grace Jordan, Ruby Brown and Marie LeDoux dreamed about their desire to have a showmen's club in Seattle. Soon, they started to talk to their friends and asked for their opinions.  Everyone they approached thought it would be GREAT including Arkie Warner whom they discussed the idea with frequently.

During the funeral of a fellow showman, the founding members asked those that attended if they were to start a Showmen's club, would they join? Most everyone said they would, so the three recorded their names and addresses and asked everyone to provide many names as possible. They soon went to Maud & Ray Hodges and talked to them and she gave her address book and with this she gave them 5 $20.00 Bills and said that they would bring the club luck.

The founding members knew that to make it legal they would need to seek the advice of an attorney.  They consulted with Mr. Mark Leichman and he informed them they would have to send out invitations through the mail to all the people that they had addresses for. They got a school hectographed and copied about 225 invitations and applications.  They rented a hall and had membership cards made up with the money they received from Maude & Ray Hodges, Grace Jordan, Ruby & Andrue Brown, Marie LeDoux, Arkie Warner & Louise. By this time it was being talked about amongst the showpeople. Evelyn Berns(Monroe) started bringing in members. They had set the date for the gathering to be January 25th at the Rainer Vista Club House at 4500 Impire way Seattle. When the night was over they had about 195 members and their goal was to get enough so they could officially form a chapter.  It was also required that the newly formed club had a lawyer, a doctor, and a minister. Doctor Neil J Elgee was asked if he would accept the post, and he accepted. Later, Pastor Paul V. Vanhan was asked to be the club's minister, which he graciously accepted. The next step was to record the names of 15 individuals to send to Olympia in order to form the permanent Board of Governors who would be responsible for the actions of the club.  Initially, they wanted to use the name Northwest Showmen's Club, but could not because someone had registered a charter the year before with the same name, so the next best option was to call it the Northwestern Showmen's Club. 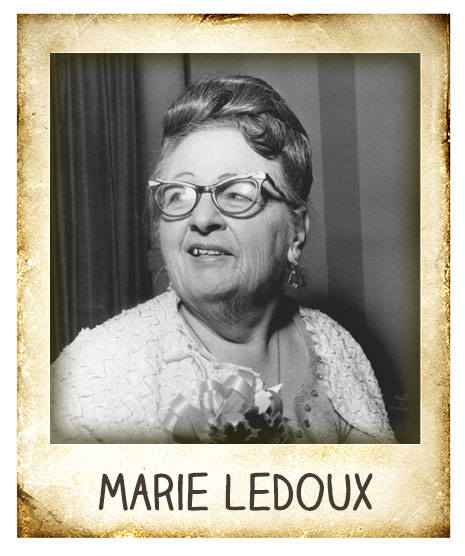 The club's first President R.R. (Bud) Douglas and the other officers were voted in office on January 25.  Since there was no one in charge of the running the board of governors meeting, they voted the job to Bobbie Douglas. The NWSC was in the original hall the first year. Ray Hodges donated the donuts and coffee the first night and they appointed Neva Hiscox to be responsible for the food. The first year was difficult, but everyone pulled together to make things work.

The NWSC's first typewriter was donated by Bee Horton. One of the first pieces of business was to establish a Showmen's cemetery so showmen would have a place for the show people to be laid to rest. Orlando Allin and Frank Robinson Sr. started looking into this and accomplished it. Arkie Warner secured the first 100 plots to establish Showmen's Rest at the beautiful Washington Memorial Park in Seattle. 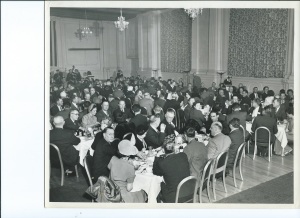 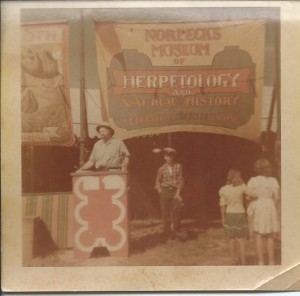